In the first two inceptions of DonateDirect we raised close to $8 million for hundreds of worthy causes. We hope to continue doing so with our current opportunity.

The settlement opportunity we are actively working: CRT
The current opportunity relates to consumers being overcharged for Cathode Ray Tube televisions and computer screens between 1995 and 2007. During these years, manufacturers colluded to keep CRT prices artificially high in violation of antitrust laws. Many executives were sent to jail and $576 million in criminal penalties were assessed.

Consumers in 22 states are eligible
The opportunity applies to consumers who resided in 22 states during these years (only 22 states have consumer protection laws which allow this form of settlement). Consumers in these states who bought products containing CRT screens from any manufacturer besides Sony are owed financial compensation for being overcharged. Every single TV and computer before LCD technology was implemented was a CRT screen. Up until 2003-2004, CRT was the most prevalent type of screen in use in the United States. Most homes in America at one point had at least one CRT television in use. 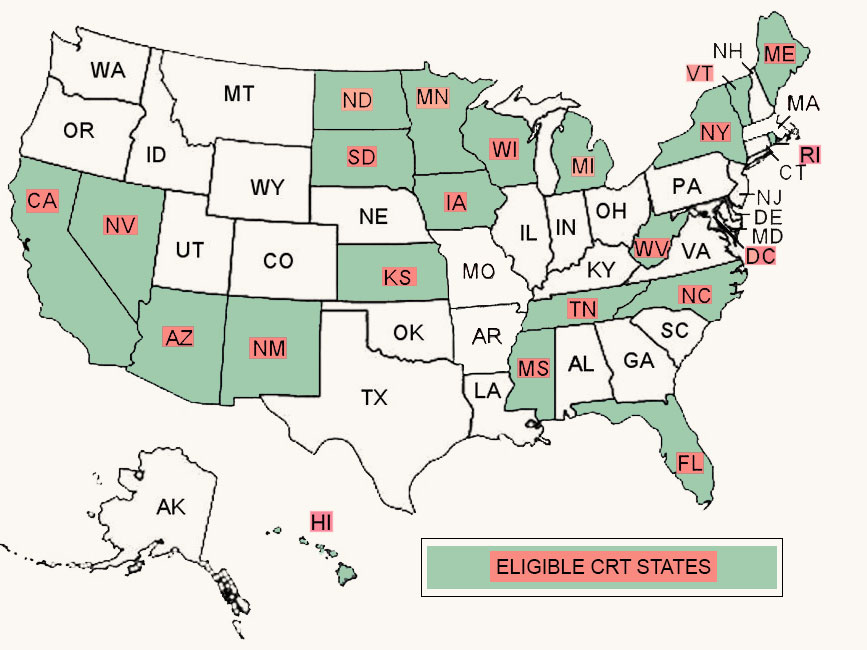 No proof of purchase is required to qualify for a refund
No proof of purchase or supporting documentation needs to be submitted with the claim. Consumers simply fill out a 2-page form. Each individual will recover at least $25, and those who purchased more than one product in the 12-year time period could recover even more based on their actual purchases.